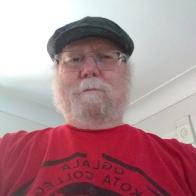 I was unfamiliar with the dulcimer making of Duke Tester, so I did a little research and found out the following:

According to Nettie Hicks (Presnell), Duke Tester was married to Nettie's maternal aunt, Alice Adelaide Presnell (Tester).  Alice was the sister of Julie Ellen Presnell, John Benjamin Presnell's wife.  Although I am unaware of any surviving dulcimers made by Duke Tester, the best bet is that he used a pattern similar to the one used by the Hicks Family.  According to the 1920 Watauga County, North Carolina Census, Duke and Alice Tester lived in a home near both John Benjamin Hicks and Nathan Talbert Hicks and they appeared to remain in Watauga County for the rest of their lives.

Another possibility is opened up by Duke Tester's connection to Smith Talbert Oliver and Millard Colfax Oliver, the two brothers often mentioned in the oral history surrounding the inter-family connections.  Duke's son, Nathan Calloway Tester was married to Cora Lee Hicks (Tester), Cora Lee was the niece of both Millard Oliver and Smith Oliver.  Her mother was their sister, Nancy Magdalena Oliver (Hicks).

Duke was a contemporary of the Hicks brothers.  It is not known when he started to make mountain dulcimers, but he married into the community's tradition in 1887.  Did he make his dulcimer(s) near the end of the 19th century after seeing one of the Hicks Family's dulcimers?  Did he begin in the 20th century, learning directly from his neighbors John Benjamin Hicks and/or Nathan Talbert Hicks?  Did he pick up his pattern after his son married the niece of Millard and Smith Oliver?  Or did he copy Eli Taylor Presnell's pattern sometime after his daughter married Ninevah Vance Presnell?

Like Ralph Lee Smith has said on numerous occasions - This is one of those mysteries the mountains are keeping to themselves.

By the way, I have no idea whether or not Duke Tester built just one dulcimer or multiple dulcimers.  Just that Nettie Hicks (Presnell) was quoted as saying that he made dulcimers.

If you have any additional information on dulcimer maker William Duke Tester, feel free to add it to the discussion.