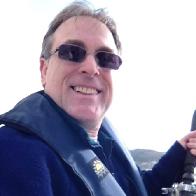 It was suggested to me recently that I tried in-strumming

I admit that I had never given a lot of thought to strumming and think of myself as bit instinctive ( Although not without need of guidance from those who know what they are on about!)

When I was starting out the more I thought about strumming and strum patterns the worse I sounded. So i stopped and I just played as I played

Since I first learnt to play I'd been an 'outie' but I didn't think trying to lead with an in-strum would be so difficult.

When Play slowly its no problem but if I pick up the pace its like someone else is trying to control my arm!

Its funny how we get things hard wired in our brains I guess?