Weighing up purchase of dulcimer fretted in just intonation 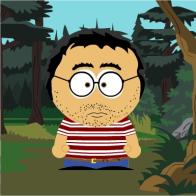 My current dulcimer is a pretty standard modern instrument: three courses, four strings, equal temperament, 6+ and 13+ frets. It's been fine, but having decided that I'm only really interested in noter-drone playing, I'm wondering about switching to a more traditional instrument. (And it would be a switch, not an addition - I just don't have the space to start accumulating a dulcimer collection!) The most likely contender, given the weakness of the pound against the dollar right now, is Bird Rock Dulcimers' "Heritage" model.

So I just thought I'd share a few thoughts/concerns. As I understand it, a JI-fretted instrument is designed to sound perfect in DAA, and also works absolutely fine in DAC Aeolian and AEA mixolydian - but might sound a bit 'off' in Dorian due to the strange interval between the first and second notes of the scale.

Now, I have a very limited repertoire of tunes, so I'm not sure how worried I should be about that issue with Dorian. I know that most of the tunes we tend to describe as 'Aeolian' or 'Dorian' are actually hexatonic or pentatonic and so 'fit' either mode, so obviously that means I'd often be able to stick with DAC. What I'm less sure about is how many of these tunes need the additional notes below 'do' that are available in DAG but not in DAC. I believe 'Pretty Polly' and 'Little Sadie' do, but what proportion of minor tunes are we talking about?

Oh, and one other thing: although I don't anticipate playing much with other musicians, I do have a diatonic Rick Long 'D Tenor' bowed psaltery that my wife is hoping to learn to play along with my dulcimer. I'd always assumed the way to do that would be to put a capo on my dulcimer at the appropriate fret for non-Ionian tunes (the 1st fret for E Dorian, say), but with a JI-fretted instrument I guess that wouldn't really work. So I'm thinking the simplest thing for 'minor' tunes might be to tune my dulcimer to BF#a - 'B Aeolian' - meaning the psaltery would, without retuning, have the same notes available (B minor being the relative minor of D Major). Any thoughts?