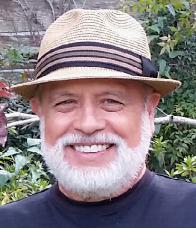 Recently I have become somewhat serious about playing noter/drone style. Over the past year I have collected a few noters, received in the bags of used dulcimers I purchased along the way. I also have two I ordered on-line from sellers recommended on FOTMD.

Yesterday I was surfing the net for info about noters and came across a story of a guy who has been playing this style since the sixties. His favorite noter is a popsicle stick. Go figure.

So I did as he said, and melted the ice cream off of the stick, dried it (my idea) on low heat in the oven, and rounded the edges off with sandpaper.

Now I consider the this simple popsicle stick to be my favorite noter. And I made it, my own noter. Such satisfaction from something so simple. I really like the way I can make some notes really whine, almost like a cry, when angling the noter over kind of on its rounded side.

A kind of funny thing is happening. On songs that I can play with 1 2 & 3 finger chords, and my wife has said in the past where really pretty, the ones I an play noter style she likes better. She likes what she calls the "crying sound". Kind of forlorn.