Hello! I'm new here, dropping in with a story and a fun mystery .

I’m on a wild goose chase to find out about a 1960s Berkeley, California dulcimer maker who signed this instrument "Gerald L. Titus".

Just a couple weeks ago, my dear friend Joanna McClure gifted me a dulcimer that I adore. It's been hanging on her wall for many years and she always asks me to play it for her when I go to her house, here in San Francisco. Otherwise it has, according to her, hardly ever been played, which is too bad since it sounds pretty damn good!

It was given (1970s? 1960s?) to her former husband Michael (yes, the famous Beat Poet Michael McClure) by Bob Dylan, apparently (according to Michael) in an attempt to get him to learn it and play with Bob. But Michael lost interest and left it behind when he moved out some decades ago during their divorce. Michael died recently and so the dulcimer became unmoored, I guess.

I wasn’t able to find Titus or anyone who has heard of him, so I’m asking around.

Inside the dulcimer is a sticker saying:
1967 Dulcimer No. 5
Gerald L. Titus, 1516 Edith, Berkeley, California

That house on Edith has changed owners many, many times since then.

Have you ever seen fine-tuning like this on a dulcimer? I think it's brilliant. It may be unique. JoEllen Lapidus says there's something a bit like it that she's seen with beads on a flat surface.

Have you heard of Titus or seen another dulcimer by him? I wonder whether his others use this same tuning mechanism. I wonder how many he made and for how many years (and what other instruments types he made, if any). I wonder how and to whom he sold dulcimers—just a hobby? It's nicely made!

Please let me know if you have any hint for me! Thank you so much! 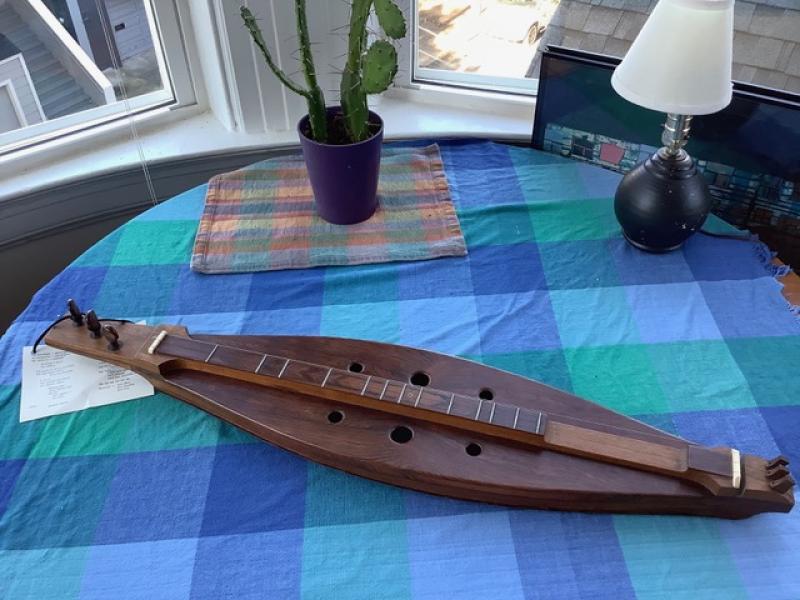 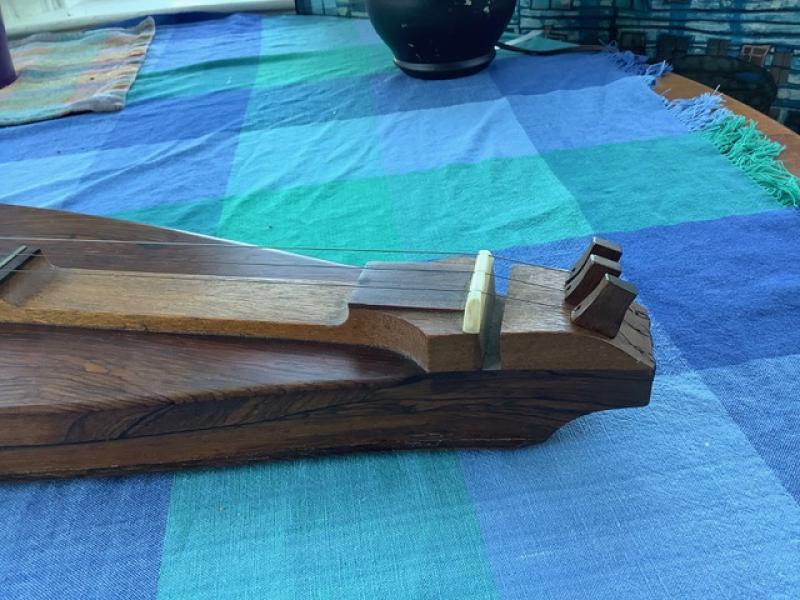 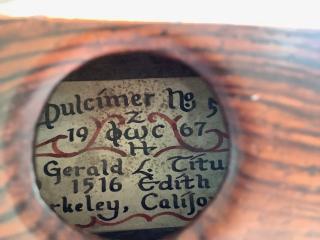