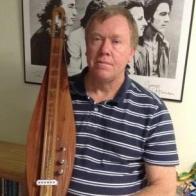 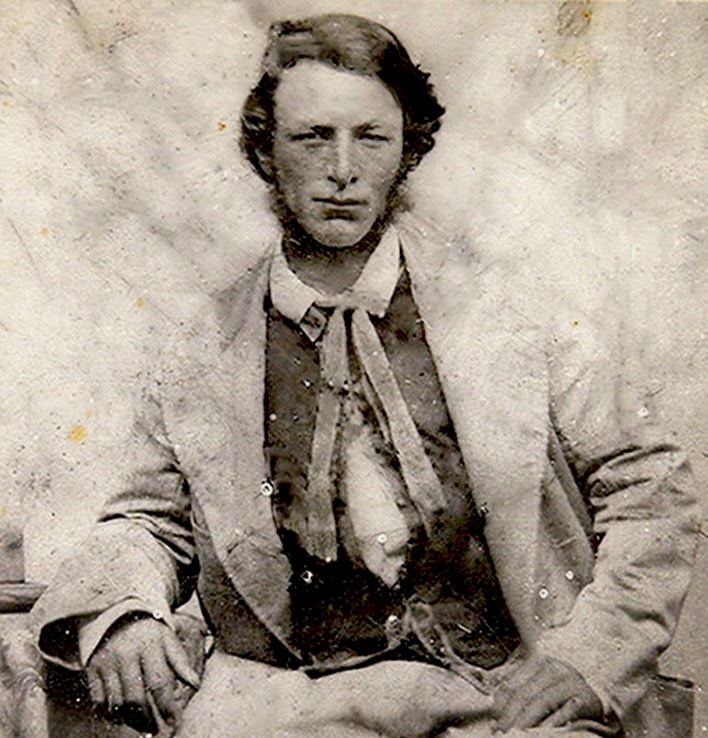 It's been a couple of days and no one has posted a song yet so I'll be game and go first !

To the left is a photo of the bushranger Ben Hall and the song here is "Street of Forbes" which is about his life and death (and the words are said to written by his brother in law John Maguire who watched his in law's body paraded through the streets of Forbes). Unlike many Australian folk songs it doesn't appear to be new words attached to an older tune, at least as far as I'm aware

Hall was to some extent a victim of his own success as a bushranger which resulted in the passing of an Act of the NSW parliament - the Felons Apprehension Act - making it lawful for anyone to shoot him in cold blood - no questions asked - and be absolved of any legal responsibility for doing so. And that was essentially what happened, but when word spread of the his death and the parading of his corpse the act was soon repealed.

My version of the song is loosely based on the recording on the album "Murumbidgee" by the Bushwackers in London in the 1970's. Fairport Convention's sound engineer John Wood was the producer and Dave Mattacks from Fairport played drums on the track so it sounds a little "Fairportish" which I tried to keep in my arrangement. The Fairport spin off Steeleye Span is what got me interested in dulcimer in the first place.

The backing is done with an iPad using "GarageBand" and is drums, tambourine, bass, electric piano, organ and a synthesized tin whistle.

I was going to do a video but it got too hard - as there are 4 separate dulcimer tracks.You'll have to make do with the sound only. I thought it might be hard to blend the 4 tracks together seamlessly but they did very nicely thanks to the intrinsic sustain and droning quality of the solid body instrument. I can supply a tab for anyone interested and I have it in TEF also.

The song is shortened from 4 to 3 verses. For non-Australians the words are as follows: