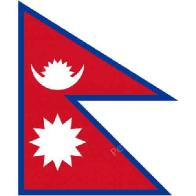 I know, "non-traditional" seems like an oxymoron when talking about cigar box instruments, but I think it will apply here. Besides, I needed a catchy title to get anyone to read about my 1st dulcimer building post. :)

Here's my basic idea, so you can decide: a 3 box mountain dulcimer using boxes of various sizes. I've scoured the internet and haven't found any images of anyone doing it this way. Even boxes of the same kind are not always exactly the same. Plus it's easier to find various sizes and it just looks more pleasing than identical boxes end-to-end, IMO.

Just to give you a visual (since I'm still in the early stages of construction), here's a drawing and how I might configure it: 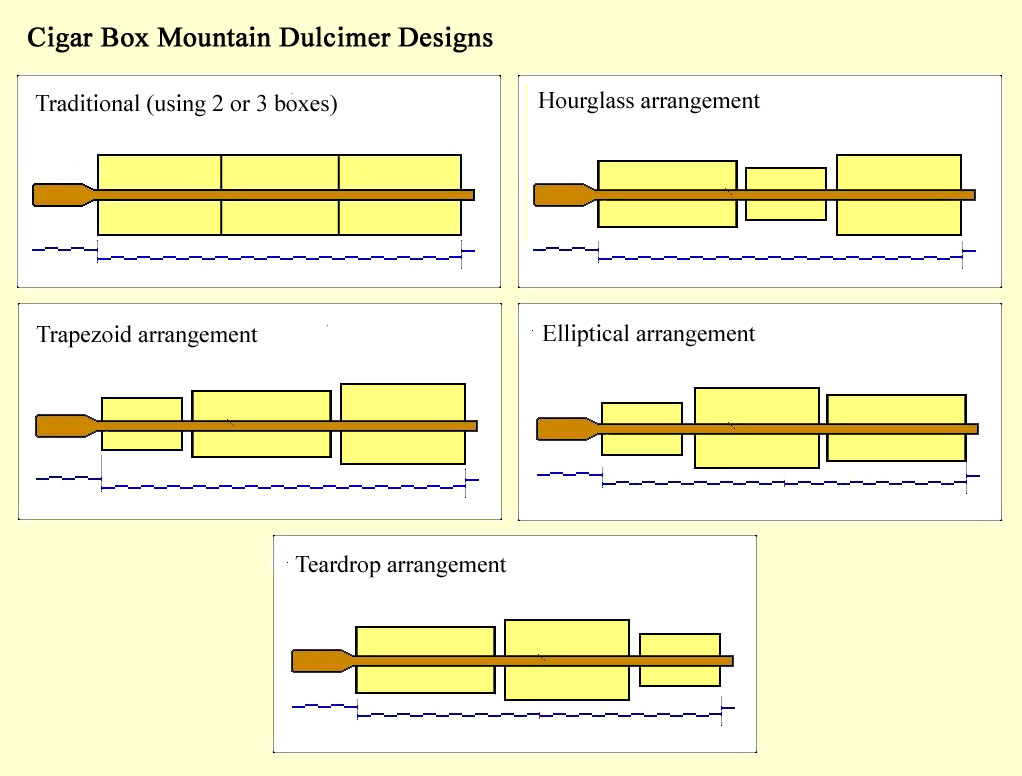 "Why?" you ask. Well, in January, I will be moving to rural Thailand as a Peace Corps volunteer and wanted to take some sort of instrument (many volunteers end up taking ukeleles). I first looked at CBG (cigar box guitar) and then stick-like dulcimers. I really liked the whole concept of the mountain dulcimer and how it's played on the lap but wasn't sure I liked what was done elsewhere, of which there are few variations.

I couldn't take a traditional dulcimer because of two reasons: cost and size. As a volunteer I'm limited in what I can bring. And it wouldn't be practical to bring anything valuable. I considered a dulcimer kit or even a cardboard dulcimer kit (and building it there) but when I started thinking of the cigar boxes again, the idea popped into my head. And it sure looked like fun just designing the thing.

I'll make the fingerboard and leave the boxes unattached with the lids free. That way it would be easier to pack. Then, once I'm in Thailand, I can put them all together.

So, that's my project. I'm not much of a woodworker (my brothers are the construction workers, I was the one to stay in school = my brother's call me "college hands") but with a little help, I think I can make something playable for those lonely nights with no TV, or internet. :)

PS: I'll keep adding to this post as I complete parts of the project.

So, what do you think?