Tips for stringing a dulcimer 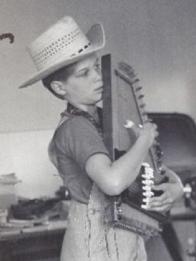 As I experiment with different tunings and different string gauges I am replacing strings more frequently than normal. I find it not particularly easy to put the strings on. I have already learned a couple things to make it easier. What tips do you recommend to both make the job easier and to get it done right?

I have learned that I needed to spend a couple dollars more when buying the peg turning tool. My first one was cheap and the handle wouldn’t spin easily.

I have learned it’s important to put them on in the correct order so the first one isn’t in the way of the next one.

I have learned to not take all the strings off and let the saddle move.

I have not learned how to keep the loop on the peg easily. Too often they turn sideways and just don’t want to stay on while I tighten the string.

I have not learned how much extra string to allow to wind onto the tuner. Although with the quality peg turner it isn’t so difficult when I use too much.

I have not learned how to keep the dulcimer still as I string it. Guitars being heavier tend more to stay in place as I worked on them.

What have you learned that makes stringing your dulcimer easier?