Thanks for the responses! Going to be working on more and probably pull the dulcimer down as well because a little of that nervous energy of making the video and uploading it has abated. Kind of a nervy thing to upload and put it out there in the wilds but I appreciate the response and will try to keep at it. @strumelia I was totally unaware how much arm movement there was until looking at the video. You're right, totally overworking the arm and see if I can practice to lower that much arm movement, thanks for the tip.

Finally broke down during my time at home and made a poorly produced video of myself playing the most Russian of Russian instruments, the balalaika. May follow it up with a dulcimer video since I broke my stage fright.

Oh, she was a dedicated music teacher and I suppose something I just took for granted. Class change daily for music and art until junior high when we could opt for band, art, or drama. I guess I just took it for granted that all public schools were like that. Coming out of it after seven years I didn't seem to retain much past ta-tee-tee-ta-ta-ta and Every Good Boy Does Fine. She tended to teach more towards choir with piano accompanying. A lot of singing and occasionally busting out the hammers for us to play Twinkle Twinkle Little Star.

I just wish I could remember what it was. Okay, off topic confession is that the film itself, all stills just changed it was those old projectors after all. Still paintings but it captrued me and reminded me of the climax of the Ray Harryhausen Jason & the Argonauts film, which was and is a favorite of mine.

Mrs. Vaughan taught me from Kindergarten and moved with me through intermediate school so I had seven years of teaching from her. I'd say it was mostly repetitive, she loved music and was a good teacher but never really lit a fire under me.

"Kookaburra" was one of her favorites as well as "Sakura Sakura". There was a still projector film she would show at Halloween of the Grim Reaper playing violin and raising a band of skeletons in the graveyard to play with him until dawn. Really loved that but I have no idea what it was.

There were a lot of traditional songs. "On Top of Old Smokey" and the like.

Well heck... Firstly I'm not a Bob but a Jamie. TGB was my internet handle from way back that came from being a Robert E. Howard fan (creator of Conan) as H.P. Lovecraft called him Two Gun Bob and I adopted the moniker and all. Literally just got my dulcimer yesterday and then read the decidedly lukewarm opine of Roosebeck instruments but what's done is done. Anyone want to donate a dulcimer to someone that made a mistake? All said I sat down learning The Water is Wide and muddled through. If anything the challenge is getting those hand positions which are different from bass AND different from the balalaika. At least the balalaika prepped me for using my thumb so there's that.

I've played electric bass guitar for around 31 years. Rolling the clock back to being young and rebellious... 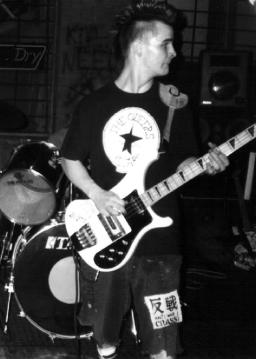 And then there was this stint doing cow punk... 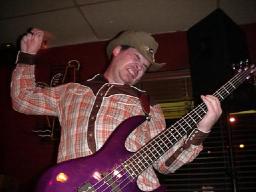 And at the same time STILL playing angry music... 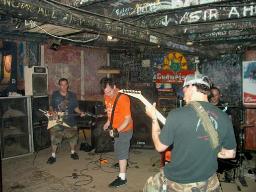 All that folded up about ten years ago and I pretty much just tinkered on the bass and got bored so picked up the balalaika last year to try my hand at Russian folk music. After a year I decided to branch out again and ordered the dulcimer and joined here as I really miss being a part of a musical community. I appreciate the warm welcomes so far and look forward to getting stuck in with yet another new instrument.

Let's see... In the last ten years I spend a lot of my time when not working painting figures for wargaming. The gaming is mostly to justify painting as that relaxes me even more than playing music. Honestly, when I'm not in a band playing live I kind of get depressed about the music thing. right now I'm working on an American Civil War project, probably what ignited the interest in the dulcimer. 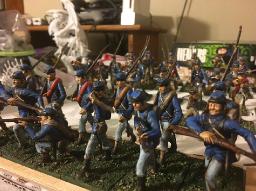 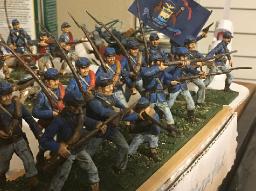 Also done a plethora of fantasy/sci fi stuff over the years. 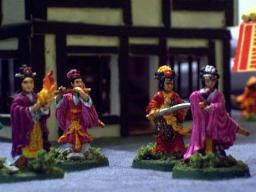 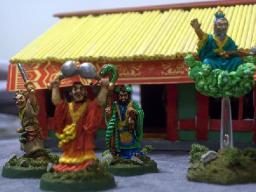 And that's about it for the moment. Look forward to getting to know this community and learning about yet another instrument.

Balalaika, the most Russianist of Russian instruments

It was very much to play traditional Russian folk music so I've kept to the E-E-A tuning with two nylon and one steel string while playing with the flesh of the index finger as opposed to a pick. Nowhere near getting to a level of pizzicato or double pizzicato but I can muddle through The Peddlers (the Tetris song) and The Moon Shines Softly. Being in north Texas there's a Russian folk society in Houston I've contacted but nothing local(ish) and not much of an English speaking online community. There's 152 of us in all of Reddit. So, I'm excited about also dipping into the dulcimer cause this seems like a lively and supportive community and not quite so alone with an instrument as I've been with the balalaika.

Balalaika, the most Russianist of Russian instruments

Picked a tourist model up last October, or rather my son found one in a pile of 'weird instruments' and convinced me to buy it. About three months later I did figure out the instrument was REALLY meant for the mantle and not to be played. Went ahead and ordered a Roosebeck and have been desperately working on learning to play it over the last year. Unfortunately resources in English are few and far between. Part of the reason for getting a Dulcimer was simply the wealth of help available as opposed to the book and meager videos available for the balalaika. Anyone here miss with the three stringed Dorito at all? 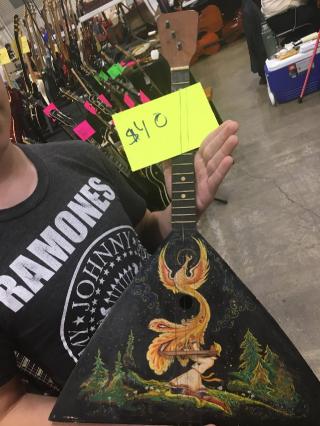 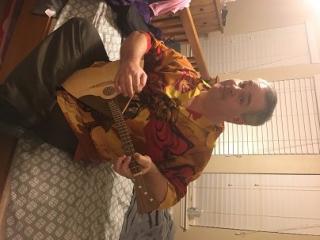