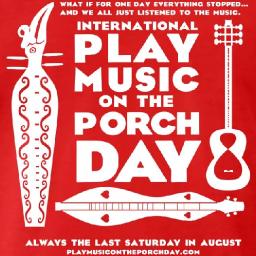 As Rockwell sang back in the '80s, "I always feel like somebody's watchin' me"

Great article in the February 2021 issue of Dulcimer Players News by @david-bennett about @dan's 9-foot long dulcimer.  Nice work, guys!  Everyone should give it a read.

Thanks Dusty!  There is one typo in the article. I think the article says it weighs 28 lbs, it actually only weighs 18 lbs.  The typo was my fault, not DPNs.

I'm not really big on Halloween but I ran across this this morning and posted it to Steve Carney's FB page, so I figgered I'd post it here too

David, I watched your movie on YT yesterday-- well done!

Ditto on John Knopf and his Thomas replicas. I love mine.

I am now telecommuting and as a result getting a little cabin fever. Bobby Ratliff has got some of us learning Waterbound. It's a nice little tune and the lyrics are fairly simple (it's one of those songs that has a lot of versions for the lyrics). Because of the simplicity I took a quick stab at making my own lyrics, and changed the name to Quarantined.  I haven't checked to see if the words/syllables match the measures/beats of the music but you get the idea.

Quarantined and I can't leave home, Down in Alabama.

1. Teleworking in the backroom at home (3X)

4. Wash your hands and please stand back (3X)

5. Toilet paper is in scarce supply and I don’t know why (3X)

Strumelia said in part to Melanie, "What you learn at first will not be set in stone."

I've found out that is true. Like Melanie when I started playing the dulcimer I struggled with should I learn DAA or DAD (at the time I didn't think I had the musical ability to learn more than one). The traditional part of me wanted DAA but I knew everyone where I live played DAD so I went DAD since I thought I'd get more help playing. I did the DAD thing for several years, but since then have added DAA and it was quite easy to do. For me there were many advantages to DAA that I won't go into now other than to say for me noodling out a song I've never played before is easier (again, for me) in DAA.  So now with our dulcimer jam group I play DAD and for my own enjoyment at home mostly DAA/CGG. Point being is it really that hard to add some different tunings, just go slow if you need to.

When we first got Sally Ann she didn't seem to have any interest in the dulcimer when I played it.  Then she got to where she seemed to like it in small doses but after a couple songs I was expected to stop and play with her instead. Then last week she's taken to sitting between my feet while I play and actually seems to enjoy it. 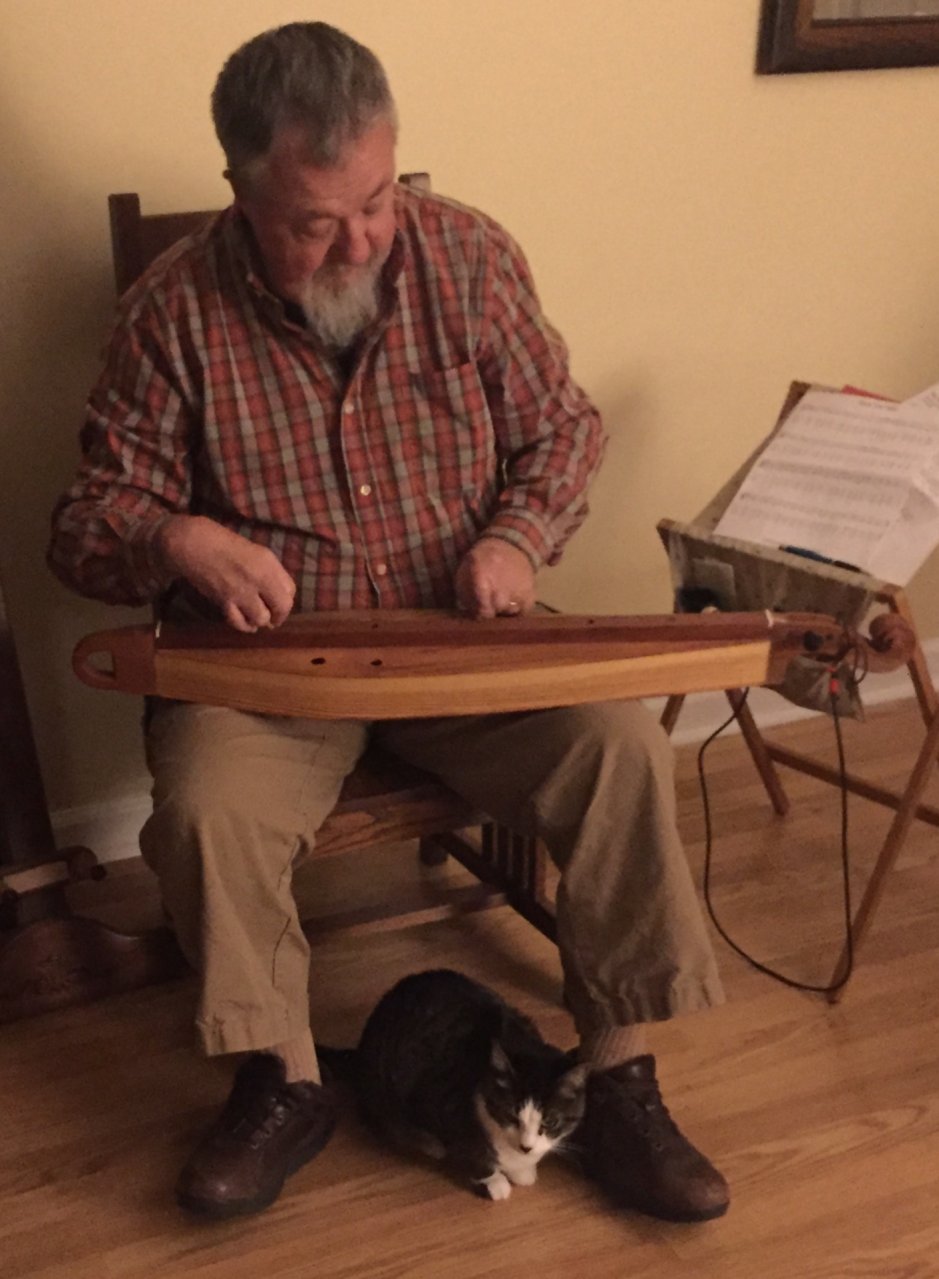 I've met several/many the last two years at the Berea Traditional Dulcimore Gathering and have become friends with them!

Dusty has such a pretty and unusual color coat. Pretty kitty.

Thanks. That is very kind of you.

Karen & I played on our porch for about 4 hours this morning. Here's a short video I made.

Karen has snacks for our porch too! 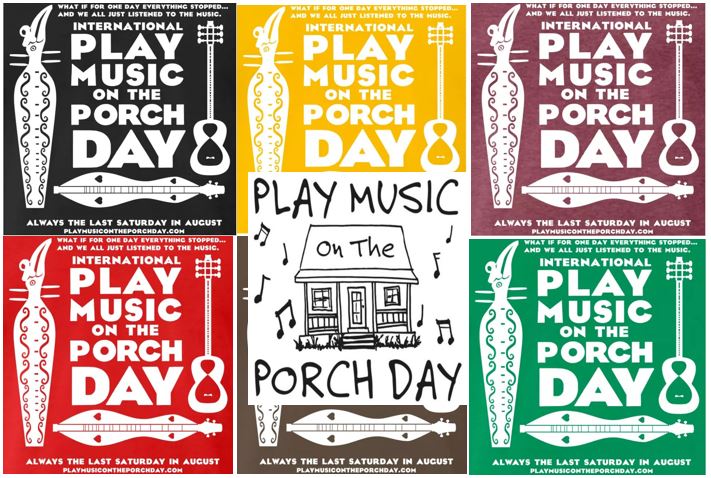 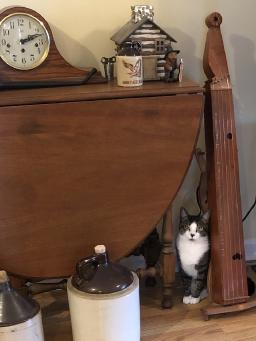 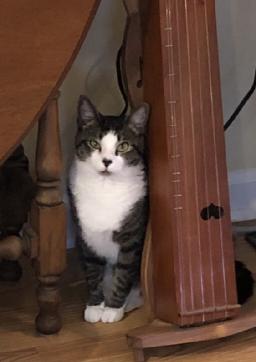 
What every mountain dulcimer player needs to try...I've had mountain oysters when I lived out west in Texas & Oklahoma. Actually, very tasty.

Sheepy and the Goat.

It's not ha ha funny, but kids like it. I learned it from Don Pedi the last time he visited north Alabama. I think Don said he was making a tab book of very simple tunes. See the video (unfortunately Don doesn't sing it here but he does play it) at https://dulcimercrossing.com/sheepy/dc_sheepy_md_pre.html

This short but good

Sheepy and the Goat walkin’ through the pasture

“Sheepy” says- "Goat, can you walk a little faster?”

Sheepy got- tired and it lay down,

and the Poor little Goat kept pickin’ all around

Sheepy and the cow...

Sheepy and the aardvark...

Here's me play a LITTLE of it

Sad news. The other Tuesday (4 June) we had our Sheltie, Angus, put down...

Sorry to hear about Angus. He was a pretty dog.

Sally checking out the dulcimore Dulcimore Dan made for me

The first link says the exhibit features dulcimers made by Ernest Combs. I'm not familiar with this luthier. I could be wrong but from this bio he didn't seem very passionate about dulcimers

Still there is probably more to the exhibit and either way I am glad they are even doing a dulcimer exhibit.

Richard, I believe the model his his Jinny.

Here is Sally Ann admiring the new Dulcimore that arrived from Dulcimore Dan this week. The instrument is made pine and cherry. Sally Ann will be a year old on 9 March.

Thanks for the reminder. I've participated the last couple years, it's a lot of fun. Two years ago I even a few people from our dulcimer jam group join me, that got the neighbor's attention.

Here's my collection of shows/movies I know about featuring mountain dulcimers:

Does this mean Sally is a "tabby"?

What do we call it?

Probably not what you're looking for but I just say "collection"... though agglomeration and arsenal come to mind as well.


If I can only have one it would be one of my Uncle Ed Thomas reproductions.

Yesterday while Karen and I were watching football on TV our young cat, Sally, sauntered in from what we call the "computer-music room and lay innocently on Karen's lap. During a commercial I went in to that room and found turkey feathers scattered all over the floor. Sally had found the stash I thought was well enough out of the way.  As I was picking them up Sally poked her head in the doorway and had this look on her face like, "What in the world happened here?"

How does your pet react to your Dulcimer playing?

Our previous cat really liked me to play the dulcimer. She'd walk over to it and meow at me then lay down when I'd start playing.

The new cat, Sally, at first didn't show any interest the first few months when she was a little kitten. Maybe it was scary to her.

Sally is 7 months old now. Now when I play she comes over to me squeaking and rubbing my legs. I haven't figured out if she is saying she likes it, if if she's saying, "if you're not doing anything worthwhile give me a hug..."

Just by chance several weeks ago, before my friend sent me the link to this dulcimer sale, I had started gathering information on A.W. Jeffreys for my Today In Mountain Dulcimer History posts but never completed it.  This got me jump started. In fact today I traded several emails with Jeffreys' daughter, Jan. I'm still tweaking this but this is what I have so far:

A.W. (Alois Waldo) Jeffreys, Jr. was born in 1923 in South Hill, Virginia to a tobacco farmer/auctioneer.

A.W. Jeffreys was a Naval pilot during WWII. In 1946 he was in the naval pilot's group that was the fore-runner to today's Blue Angels, then known as the Flight Exhibition Team.

After his Naval career he was a clinical psychologist. He was Chief Psychologist at Western State Hospital at Staunton, Virginia for 33 years.

According to his daughter Jeffreys became interested in dulcimers after observing local folk playing them in the mountains of Virginia where he lived. He made his first dulcimer in 1956.

About 1960 he started the Appalachian Dulcimer Company in Staunton, it was a family business. His wife ran the business side and she and the kids, Jay and Jan, helped A.W. with various aspects of the business and building dulcimers.

Jeffreys built both 3 string and 4 string instruments, but preferred 3 strings, in walnut, cherry or butternut with either heart or diamond shaped sound holes. With each dulcimer came an instruction book, which he wrote, a cloth bag, a hand cut pick, and an optional LP record made by his friend, Paul Clayton.

In the mid-1970s A.W. and his wife took over all the work when Jay and Jan left home. The business wound down sometime in the late 1980's. It is estimated that over 3000 dulcimers were made. Sometime in the 1980's Jeffreys donated much of his dulcimer collection to the Smithsonian Institute.

Jan told me her dad played the dulcimer very little as he was more of a vocalist. But the song she remembers the most was "Go tell Aunt Rhody".

A friend saw this AW Jeffreys dulcimer on Craigslist. Looks like the seller is about 3 minutes from my house. Too bad I'm not collecting, seems like a good price. 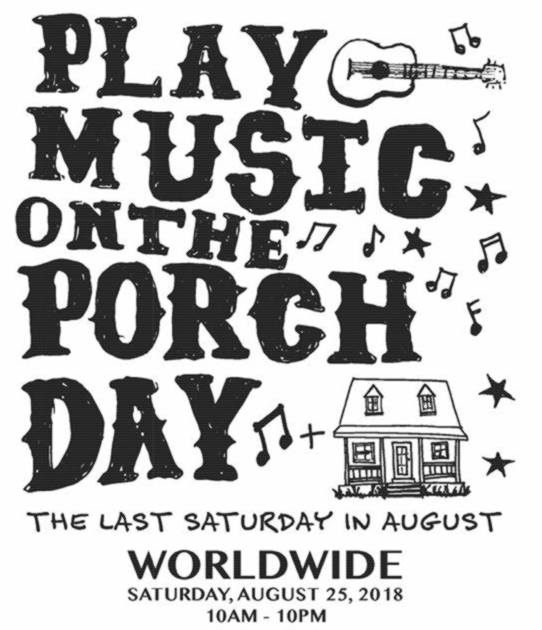 I'm not sure yet if'n I'll be on my porch or someone else's. I'll keep you poated.

We have a writing desk with a writing space that drops down, it is next to a table that our 'puter is on.  For the last week or so on the desk I had a primary turkey feather that I put there waiting to get around to doing something noter/droninsh with.

The other night, my wife had already some to bed, while I was taking care of business on the 'puter, Sally snuck up behind me on the chair I was in and stealthily got on the writing desk to my left, and quick as a wink snatched the turkey feather and went dashing off with her prize.

I let her think she got one over on me, figuring I'd later find the turkey feather with her stash of kitty toys, wadded up paper, and other treasures she's collected.

When I finally went to bed I found that turkey feather laying on top my sleeping wife.